Merge Recognized Faces in Photos in Both iOS and macOS

An extremely welcome under-the-hood change in iOS 11 and macOS 10.13 High Sierra is that Photos facial recognition syncs across iCloud Photo Library. Previously, people you identified on one of your devices remained unidentified on others. But what if Photos now identifies the same person twice, such that they have two separate entries in the People album? Just drag one entry on top of the other, in either the Mac or iOS version of Photos, and agree that they’re the same person when Photos asks. 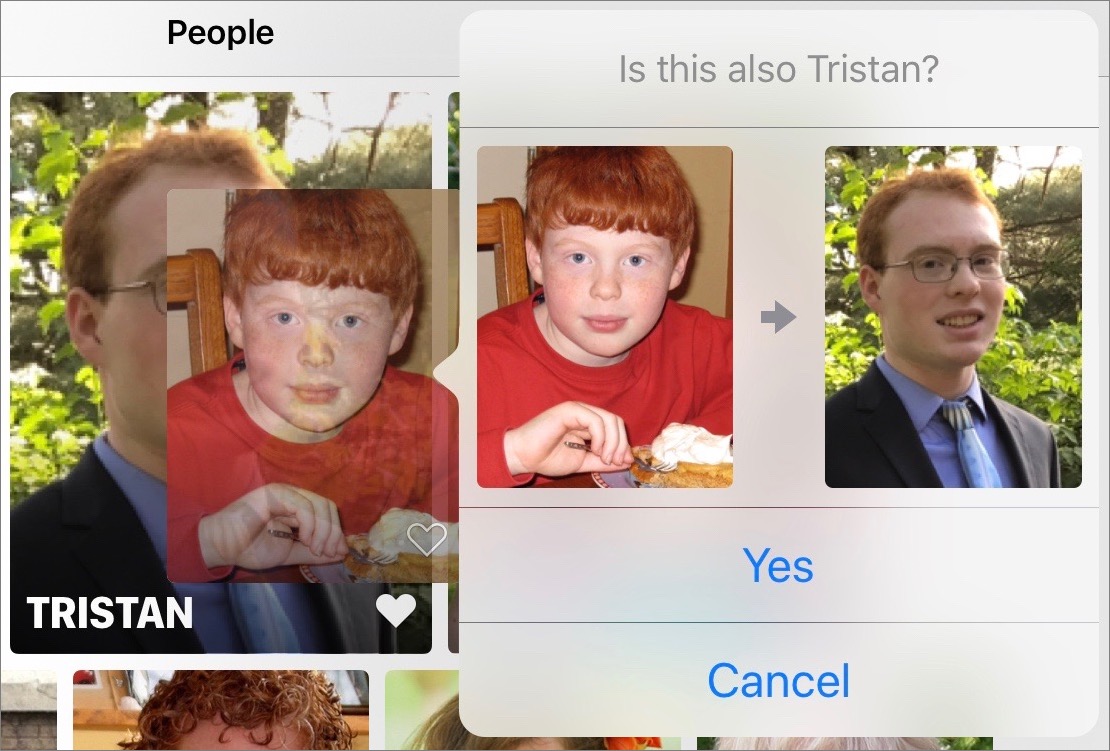