HomePod is a powerful speaker that sounds amazing and adapts to
wherever it’s playing. It’s the ultimate music authority, bringing together
Apple Music and Siri to learn your taste in music. It’s also an intelligent
home assistant, capable of handling everyday tasks — and controlling your
smart home. HomePod takes the listening experience to a whole new level.
And that’s just the beginning.

Responds to your voice. And your touch.

Tap the top of HomePod to play, pause, skip a song, or adjust the volume. Touch and
hold the top to talk to Siri. You’ll know Siri is listening by the LED waveform that
animates with your every word.

We built the high-excursion woofer
with a custom amplifier to play a
wide range of deep, rich bass. A
powerful motor drives the
diaphragm a full 20 mm —
remarkable for a speaker this size.
Meanwhile, HomePod uses an
advanced algorithm that
continuously analyzes the music
and dynamically tunes the low
frequencies for smooth,
immersive sound.

HomePod has a unique array of
seven beamforming tweeters. Each
with its own amplifier and
transducer. And each custom
designed with a precision acoustic
horn that focuses sound for
tremendous directional control.
Creating an all-encompassing sense
of space — and consistent, high-
fidelity audio everywhere in
the room.

A8 chip.
The biggest brain
ever in a speaker.

An Apple-designed A8 chip powers
the most complex audio innovations
in HomePod. Like real-time
modeling of the woofer mechanics.
Buffering that’s even faster than real
time. Upmixing of both direct and
ambient audio. Beamforming so the microphone can hear you over the
music. And advanced echo
cancellation. So you get amazing
sound without even thinking
about it. 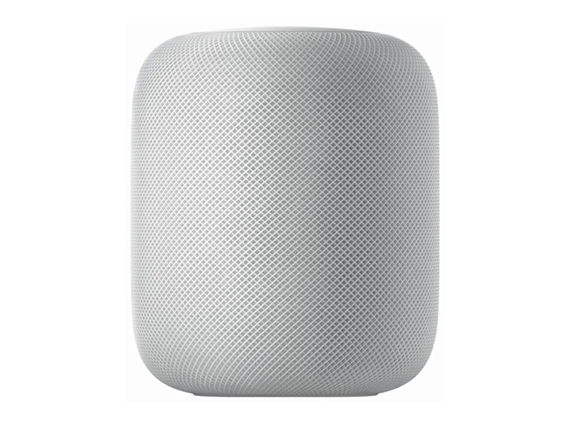 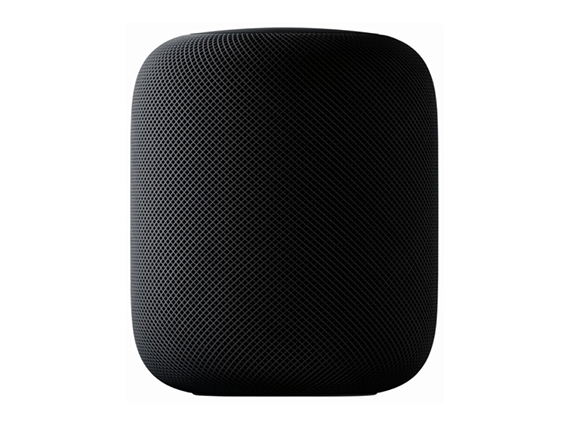 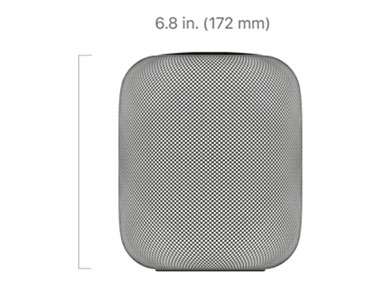 Array of seven horn-loaded tweeters, each with its own custom amplifier 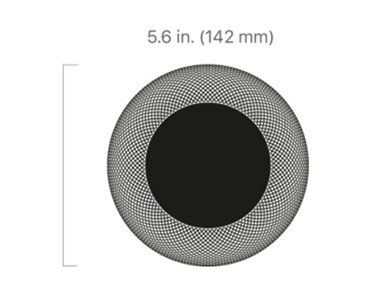 Every HomePod comes with one year of hardware repair coverage through its limited warranty and up to 90 days of complimentary support.